CW: This post includes discussions of suicidal ideation and self-harm.

On Sunday I celebrated my twenty-fifth birthday. But the weeks leading up to my birthday were difficult for me. The truth is, I wasn’t always sure that I’d make it this far.

When I was in the eighth grade, we had this assignment where we paired up in partners and had to write each other’s biographies. Because we were only about thirteen at the time, we could make up futures for ourselves that we wanted to achieve for ourselves. Despite the fact that the assignment was supposed to be done in pairs, my friends and I all managed to connect our biographies together.

But my biography took a turn. I think I explained it at the time as a desire for a better story. In my own story, I had my partner give me cancer and kill me off by the time I was twenty-six, having written my life’s work on my deathbed.

Now I didn’t want to get cancer, but how do you tell your classmate, and best friend, that you had given yourself until you were twenty-six before you gave up? That you didn’t really expect to achieve anything or that you didn’t even have any plans for a future because you didn’t expect to be alive?

The truth is that I’ve been battling chronic depression and suicidal ideation since I was nine years old. That’s over fifteen years of passively wanting to give up and die. I struggle with self-harm to this day, although in new inventive ways.

Coming up to my twenty-fifth birthday, I didn’t feel happy with my life. I didn’t feel like I would ever succeed. I was supposed to be finishing my Master’s according to my parents’ plan for me. Instead, I’m still in an on-and-off relationship with an undergrad program at U of T.

I was reaching the final countdown on my own deadline, and all I could think about was that I may not reach my twenty-sixth. I might not even live up to my own eighth grade pessimism.

So instead, I decided to put together this list of reasons that I should be excited to be alive. These are reasons that I need to keep going. These are my hopes and my dreams. They are my obligations to myself. This list is going to be what gets me to twenty-six, and hopefully beyond.

1. Being dead is boring. Seriously. You can’t even go to sleep without getting antsy for the first hour at least.

2. You’re writing. You’re doing it! You always wanted to be a writer, and you’re doing it! It may not be what you were expecting, but who is meeting their childhood expectations?

3. People are listening. Sometimes it feels like you’re drowning in white (cis and able) noise and nobody can hear you, but people are listening. There are people following your work. Maybe not a thousand, but a heck of a lot more than you thought you deserved.

5. You have the most beautiful cat in the world. Seriously. Have you seen her?

6. You’re just getting the hang of social media. You thought you would never learn this confounding phenomenon but hey, you’re social following is actually growing!

7. Your friends are amazing! You’ve lost some good friends over the years, and you may not be as close with the rest as you want to, but there are amazing people out there who willingly want to be around you and are excited by the prospect.

8. You just started a kicking podcast. It’s not the size of the audience that matters. You fucking love making your podcast. It’s hard work but you’re actually excited about it!

9. You can literally have Black Forest Cake for every birthday for the rest of your life. That’s a lot of cake you’d be missing out on.

10. You have your own apartment! You didn’t think it would happen! You thought you’d be trapped at home with your parents until the end of time. But you have your own space and damn do you love your sloppy abode.

11. You’re going to fall in love at least seven more times. You know you; you’re never going to stop falling in love, even if it’s just briefly, ever in your life. You love love. And there’s so much love out there waiting for you.

12. Do you know how many more cats you can have in a lifetime? It’s a lot.

13. You haven’t written your book yet. Even in your biography, you still waited to go until after you wrote a bestselling novel. You can’t let go until you’ve at least given it a shot.

14. You can start so many more hobbies. Or maybe you could actually follow through on the eighteen various abandoned projects you have unfinished. They’re only unfinished because you haven’t lived long enough yet to finish them.

15. You’re really fucking cool. Just look at you. You’re just so cool. Keep it up kiddo. 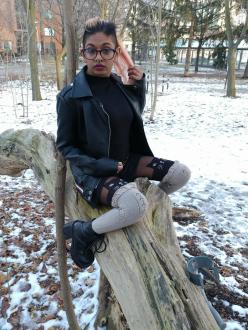 16. You’re still a baby. And you don’t believe in killing babies.

19. Separate people have said you could do comedy. Sure, you bailed on the first comedy show you signed up for, but remember how you’re a baby and will have a million other chances?

20. You weren’t sure you would make it to twenty reasons. Now don’t you feel silly about that.

22. You’ve written like five bucket lists since your childhood. And you haven’t completed a single one. So you gotta do that first.

23. It’s okay to feel dark and horrible and devastated. That’s called being human. You’re not doing anything wrong by feeling like garbage.

24. Being queer is pretty cool. And everyone who doesn’t think so probably isn’t cool anyways. So stay cool. 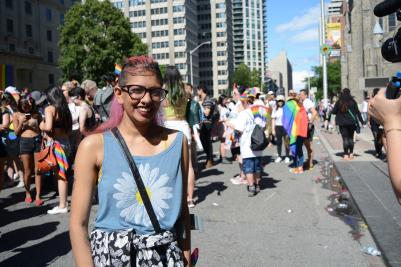 25. No really, you won’t like being dead. You cry at the concept of absolute nothingness. You won’t be a fan.

So that’s why I’ve gotta keep going and keep fighting, and—sometimes—keep crying. Why are you excited to be alive today?